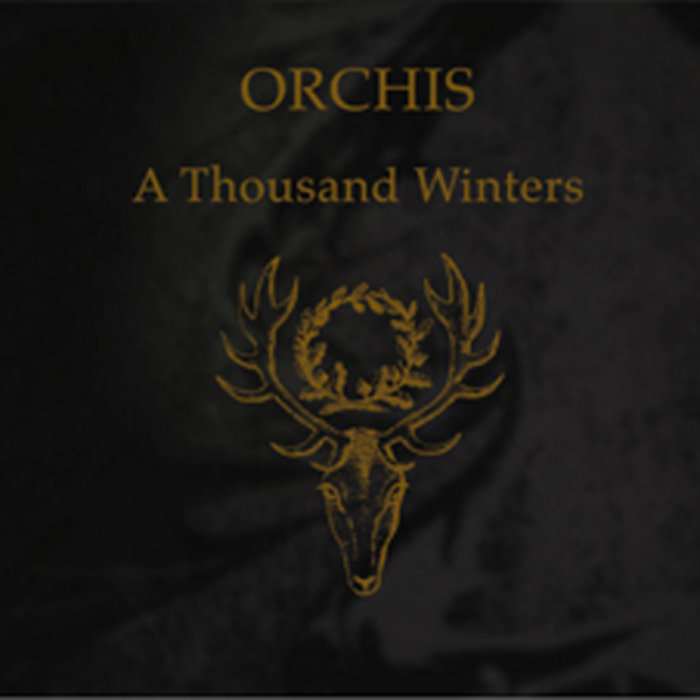 ORCHIS is an English Dark Folk band consisting of Tracy Jeffery (who also sings with Cunnan and J Greco's SQE), Amanda Prouten and Alan Trench (Cunnan, SQE, Twelve Thousand Days(with Martyn Bates), Temple Music). We have so far managed to release four albums to date starting in 1994 with The Dancing Sun (cryptanthus /World Serpent), which was more a collection of formative pieces than anything else, then in 1997 the concept album that was A Thousand Winters (cryptanthus / World Serpent). Mandragora (Trisol), an alchemical album based around the themes of life, death and the transmutation of the soul followed in 1999 and in 2001 Trait (a ‘best of’ released through the Russian Brudenia label). Relocation and various tedious problems put ORCHIS on the back burner for a while whilst we buried ourselves in other projects like the busy bunnies we are; we raised our heads out of the mire again in 2007 with the ‘Other Days’ download ep via the (now sadly defunct) Woven Wheat Whispers legal folk download service... There have been numerous compilation album appearances over the years, with some tracks turning up on the ‘Trait’ album. We like to think, as the Fairports had it, that we are Nicely Out Of Tune - there was the odd perfect take, but those were never the ones that went on the albums - rather it was the ones that kept to the True Spirit....

For now, we are happy, to inform you about the important, re-release of the second long-play, from this Esoteric Dark Folk band!.

A TOUSAND WINTERS it is improbable result of the deep mystical experiences embodied in studio work! It's a сonceptual album, with Grand Theme: The story of one part of Europe is extraordinarily like every other part; a thriving pagan culture that at first laughs in derision at the priests of the desert messiah, and then is slowly submerged by the rising tide of christianity until all that remains is folk memory and old tales and songs. The cult of the Nazarene has built many truly awe-inspiring cathedrals from the blood of the people of Europe whilst incorporating and subverting their culture into that of the Blood of the Lamb.

We can to tell that on music, it is mystical dark folk with an impurity of a classical English psychedelia of the end 60th or "Psychic TV" pouring "Allegory and Self" / "Trip Reset", probably to draw parallels with early works In Gowan Ring, but these words and comparisons it will be final a little what to describe music of great group! This inexpressible travel one way...
Now this album also the important part of history Neo-Folk of music to which we again have possibility to touch...

So, ORCHIS again with us and returning begins with "A THOUSAND WINTERS" which we with pride represent in 6 pannel-digiCD with a bronze stamping.